The loss of copper in the converting process through its incorporation to the converter slag represents a major problem in the copper metallurgy. There are two important mechanisms for this phenomenon: the physicochemical and the mechanical one. The mechanical mechanism, i.e. the mechanical entrapment of matte or of metallic copper inside the slag, is by far the most common one. In order to avoid this entrapment, it is important to have a slag of low viscosity and, for this reason, fluxes are added to the slag to break the magnetite/spinel structure which may be present inside the slag.

In a recent work Topçu et al. [*] investigated the possibility of employing calcined colemanite as a fluxing agent for the converter slag. Calcined colemanite is derived from the colemanite ore and, in the case of the mentioned investigation, it contained 51.7 wt.% B2O3, 27.7 wt.% CaO, 8.6 wt.% CaCO3, 7.9 wt.% SiO2 and 4.1 wt.% of other oxides like Al2O3, MgO and SrO. It was shown, on the basis of experiments and of FactSage simulations, that the amount of copper losses to the slag may be reduced from 4.44% to 1.2% by adding 2% of calcined colemanite to the slag. The experiments were conducted in a vertical tube furnace where the slag, the metallic copper and the fluxing agent were heated up in a crucible under controlled conditions of temperature and of cooling/heating rate in an inert atmosphere.

Figure 1 shows a typical phase diagram of the corresponding original slag system, with no fluxing agent added. Figure 2 shows how the phase diagram changes when 6% calcined colemanite is added to the slag. One notices that through the addition of colemanite, the slag phase region is enlarged, as well sidewise, along the concentration axis, as upwards and downwards, along the temperature axis. This shows that, for the relevant value of p(O2) = 10-7, the formation of a spinel phase becomes less probable when the fluxing agent is added. In addition to this, it may be also shown by the usage of the FactSage Viscosity module [*] that the addition of the colemanite flux leads to a decrease of the converter slag viscosity. 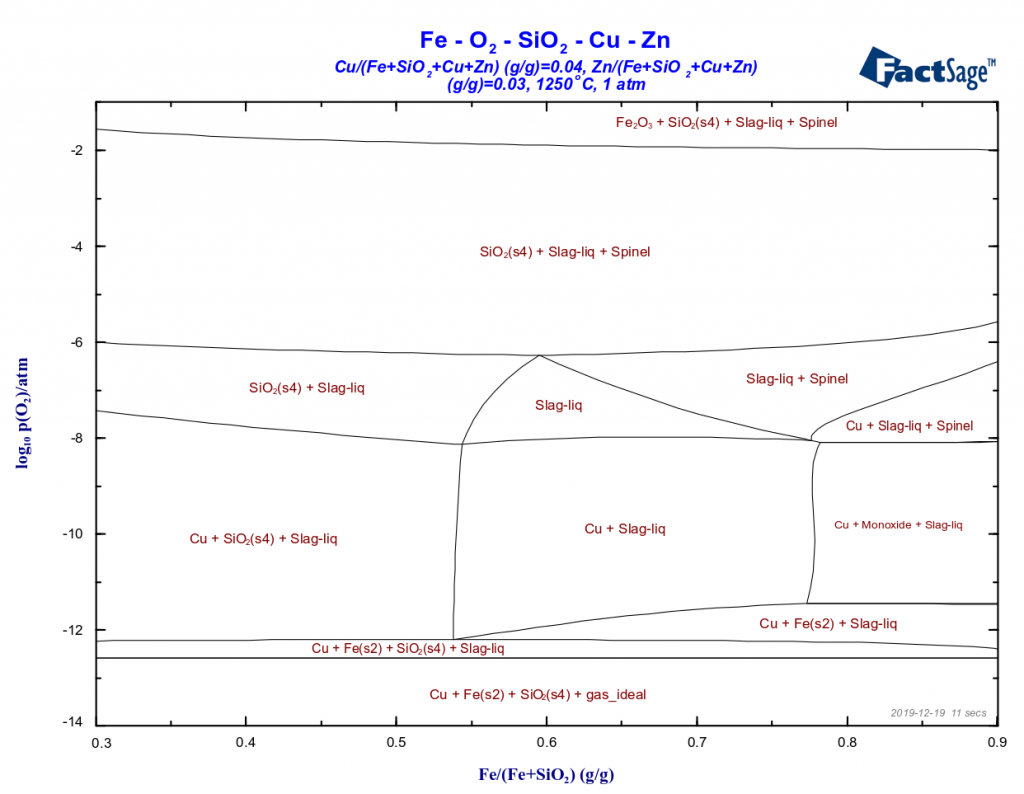 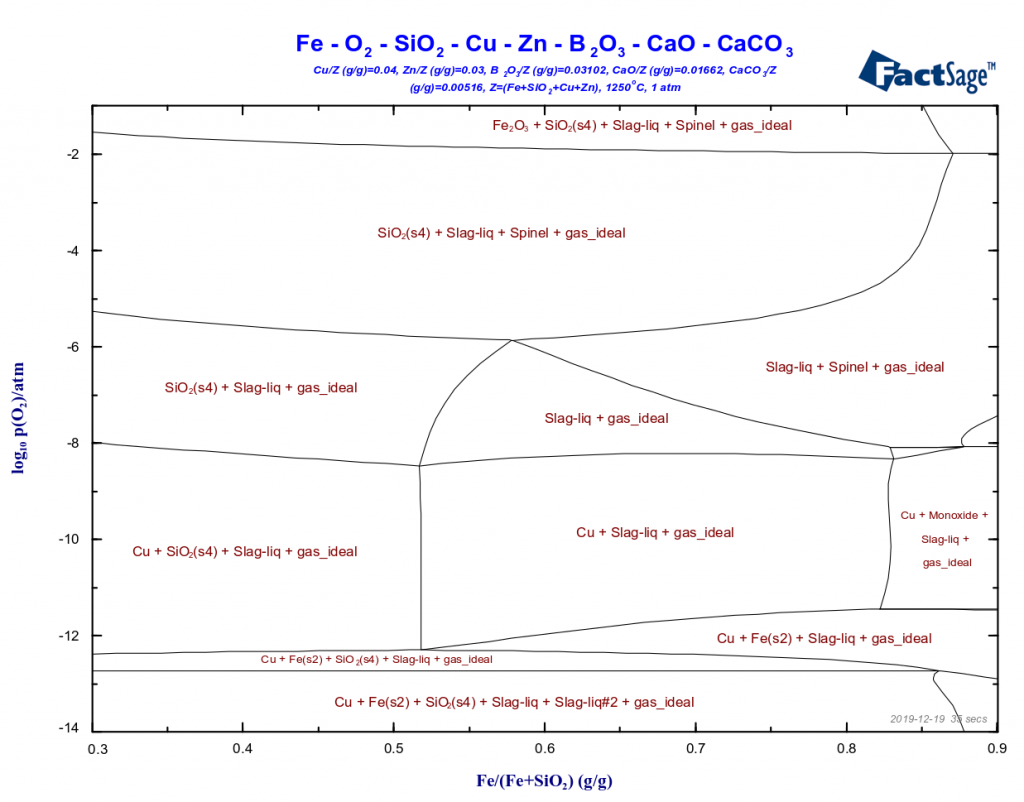