In this section, a few simple examples of ChemApp applications will be introduced. These examples are taken from the ChemApp Programmer’s manual, and are also part of the documentation for ChemApp light. The descriptive text accompanying the examples is shortened compared to the version included in the manuals. Also, in the programmer’s manual, every mentioning of a ChemApp subroutine is also a link to the description of this very subroutine, thus making it even easier to learn about ChemApp.

The code examples are all given in FORTRAN, as this should be easy to read and understand even for users who don’t primarily use this language. Note that for your programming projects, you can use a variety of languages with ChemApp, for instance C, C++, Visual Basic®, or Delphi®.

The code examples presented in this section are intended to show how ChemApp is used to solve a specific thermochemical problem, with each example focussing on a different aspect of ChemApp’s calculational capabilities. By working through these examples, anyone who is new to ChemApp will get an imprintion of what ChemApp can be used for, and how, and will hopefully get ideas on how to take the first steps toward solving his or her own problems.

The aim of these programs is to keep the code focussed on the use of the ChemApp subroutines, and to keep everything else simple, in order to not distract from the main issue.

The following examples are discussed:

[Eri90] G.Eriksson and K.Hack. ChemSage – A Computer Program for the Calculation of Complex Chemical Equilibria. Metallurgical Transactions B, 21B:1013, 1990. 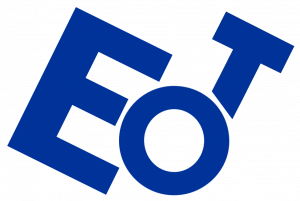